After leaving UK thrashers Evile in 2013, Ol Drake set to work on his first solo project, crafting an album which showcases the guitarists undeniable talent in a whole spectrum of styles, including flat-out shredding, classical, progressive, melodic and acoustic.

We have a copy of the album for you to win. All you have to do to enter is answer this simple question!

The ‘Ol Drake‘ competition will close on Thursday, July 23rd at 9pm (UK time): The correct answers will be put into a hat and the draw will take place ‘live’ on-air, shortly after the competition closes. Sorry, but this competition is open to UK residents only. 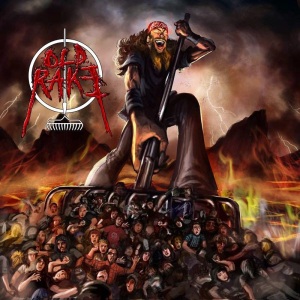 ‘Old Rake’ is out now via Earache Records and for anyone brave enough, there is also a deluxe 242-page tab book transcribed by Ol Drake himself and featuring full tablature for the entire album for both guitar and bass. You can order the CD, signed CD and official tab book now at http://webstore.earache.com/ol–drake

In May 2014, Joanne Shaw Taylor reunited with her ‘White Sugar’ album producer Jim Gaines, and recorded a new studio album in Memphis.  “The Dirty Truth” is a return to Joanne’s original sound that mixes rock riffs with blues influences. The album is released in the UK today, Monday 22nd September, on Joanne’s boutique label Axehouse Music.

“I wanted to go back into the studio in Memphis with Jim to retain the same vibe that we captured on the first album,” says Joanne. “The new album is a combination of rock and blues. It’s an exciting collaboration, and hopefully my fans will love the more stripped down sound.”

We spoke to Joanne on the anniversary of the passing of Jimi Hendrix. Before we began our chat about ‘The Dirty Truth’ and her upcoming UK tour, we asked Joanne for her thoughts on the day we celebrate Jimi’s life and works. 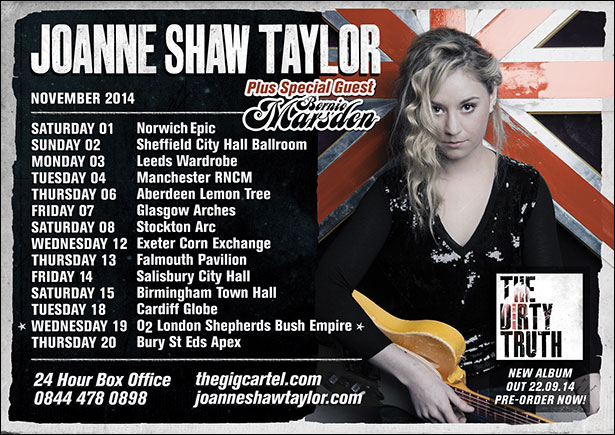 The lead single to the album ’30 Years To Life’ as well as the album’s title track, have received huge radio support from pretty much every rock radio station known to mankind, including independent local radio.

‘World on Fire’ contains a colossal 17 tracks and is Slash’s third solo album, the previous two being self-titled, if you remember, and ‘Apocalyptic Love’.

You can listen to the world’s most iconic guitarist talk about it right here!

The hardest working man in the business brings his unique brand of rock ‘n’ f’n roll to UK arenas this November/December, with all venues on the verge of selling out, be sure to get yours quick! 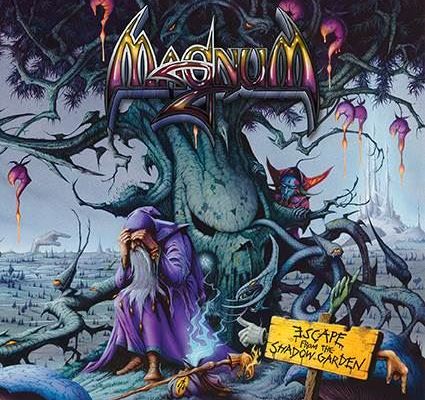 Magnum have released their 18th studio album ‘Escape From The Shadow Garden’ – out on SPV. In my humble opinion, it’s their best album since ‘Wings Of Heaven’. Tony Clarkin continues to be a driven artist; constantly writing, creating stories and soundscapes that draw you in and hold your attention until the very last note has been played.

Magnum are one of those bands you just know before you see them ‘live’ that you’re going to get a good show. It’s evident from Magnum’s latest offering that they’ve hit on a rich vein of creativity and, given what I saw on stage the other night at The Waterfront in Norwich, the band are all clearly enjoying every minute of it. I’m of the opinion they’ve not been in better shape as a collective force – sounding better than ever.

Some hours before they took to the stage, I caught up with a very upbeat and enthusiastic Bob Catley and we soon got talking about the writing of ‘Escape From The Shadow Garden’, the great reception the new album’s getting both from fans and critics, their setlist, band members, album artwork (once again provided by the amazing artist Rodney Matthews) and the current UK tour.

Bob gave us a great insight into the band that is Magnum – a quintessentially British rock band that has and continues to create some of the most memorable songs ever written and produced. A band whose music is enjoyed by generations of die-hard rock fans the world over.

Listen to the interview with Bob Catley here – do excuse the drone of the tour bus aircon:

Get ‘Escape From The Shadow Garden’ now. I can’t recommend it enough.  It’s a belter of an album!

Interview with Pat Travers. Go see Pat during their ‘Can Do’ tour. Album out on @FrontiersRec @PatTravers #PatTravers #CanDo

It’s always a joy to see a Pat Travers show. The band are sounding so tight and energised. I recently caught up with Pat backstage straight after the opening night of their UK tour which follows right on the back of the latest album release ‘Can Do’, out on Frontiers Records.

We talked about the current tour and had a bit of fun along the way as you invariably do when you talk to the great man…I hope that comes over on here.