Since the release of their debut album ‘Something Supernatural’, US retro-rockers Crobot, hailing from Pottsville, Pennsylvania, have been steadily winning over gig-going rock fans; struck by their energy and the super solid rhythm section of Jake Figueroa on Bass and Paul Figueroa on Drums, trick-heavy riffmaster Chris Bishop on guitar and dynamic singer Brandon Yeagley who’s not only a great vocalist, but a very switched on frontman.

Crobot stepped in front of UK audiences for the first time last year when they came over to support the Virginmarys. Such was the feedback that they were soon booked to support for the current Black Label Society tour along with Black Tusk (interview with James May here). 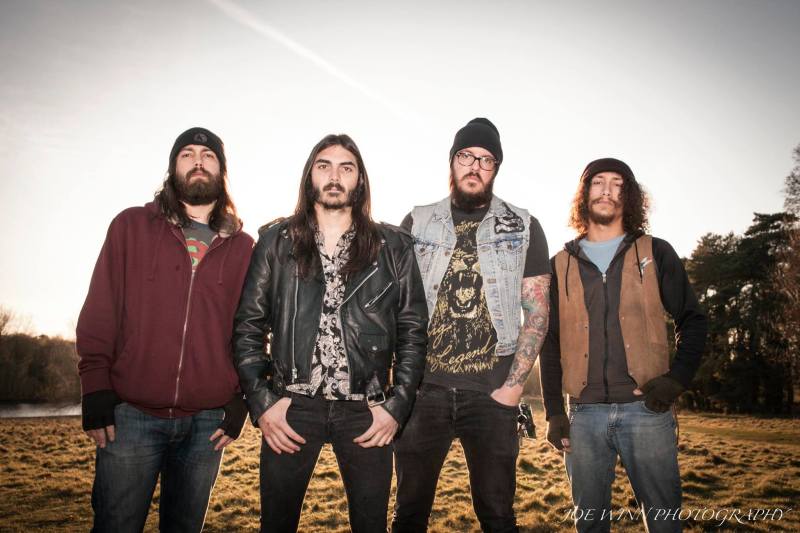 MJ: Welcome to The Classic Rock Show. You’re here on tour with Black Label Society and Black Tusk. You had a day off yesterday, what did you fellas get up to?

BY: We just walked around Leeds and eventually ended up crawling through a few pubs. And making our way back to the  hotel. It was a nice day. We just walked around, checked out some really cool buildings and the local market. Really reminded me of back home, we have a similar market. Market stalls everywhere, people selling everything from meat to fly-swatters and everything in between. So it was really cool to see.

MJ: What do you think of the beer over here compared to what you’re used to over in the USA.

CB: Little weaker, a little bit weaker, but you still find some Hoegarten’s and stuff like that. These things are very high quality, I have to say.

BY: I guess that was our fifth day in a row, so it was nice to recharge the batteries a little bit and get some z’s in there. 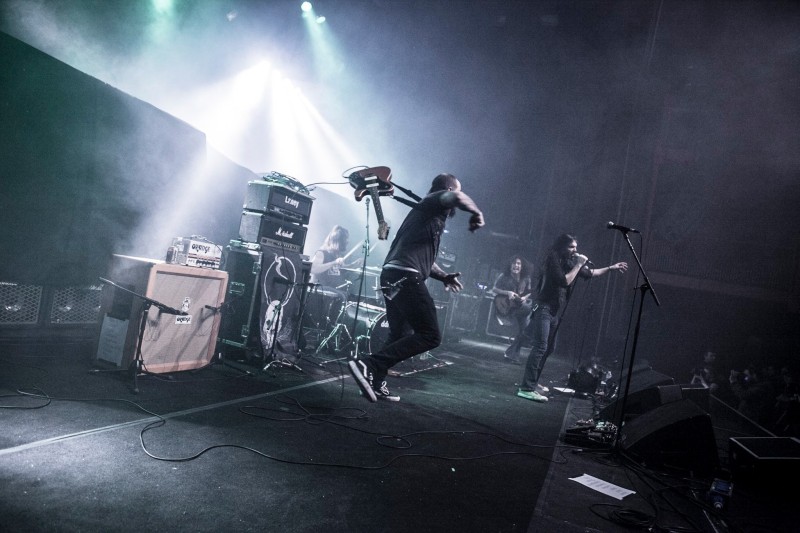 MJ: What’s in store for the guys and girls turning up tonight? 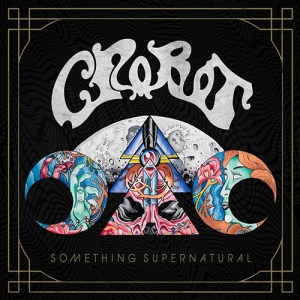 MJ: You have been allocated a 30 minute set…how easy is it to keep a set sounding fresh?

BY: Not too bad at all, it’s more like oh man we only have thirty minutes. “What do we cut?” We’ve got a pretty strong set though, regardless of how many we can fit in there.

BY: We have some new songs floating around in there in the rotation. In a few months we’ll be releasing a deluxe version of the album which will include some tracks that didn’t make the album. One that actually is a new song all together, a live version of it, and we might start throwing some of those songs in the set.  Maybe tonight we’ll throw a curveball.

MJ: How have the UK audiences been so far for you?

BY: It’s been great being out with Black Label Society. First off, we heard that we got the tour and we’re just ecstatic about it. They’re huge over here and they haven’t been over in a while so we knew that their fans would be out in numbers to see them. It’s cool to see so many of their fans coming out early and checking us out as well. So, the reaction has been pretty positive thus far, from the start to finish. We see more heads bobbing as the night goes on, so that’s always good to see.

MJ: A USA/Canada tour next with Volbeat? That’s quite a matchup, Crobot and Volbeat. And, of course, not forgetting you’ve Anthrax on the bill too.

BY: Yeah, Anthrax is also on the bill, that’s right. Going to be a huge tour for us. It’s a big year, from this tour with BLS to that tour is going to be a crazy year. Volbeat are huge in the states and to be picked to play with those guys and Anthrax is really an honour. The return of that legendary band is something we’re really excited about as well.

MJ: You’ve got to get back to the UK a little later on in the year, surely?

BC: Hopefully, hopefully. We have our fingers crossed for festival season that we can make a run happen.

MJ: You’re taking in quite a few countries across mainland Europe. That’s going to be quite an experience. And of course a different vibe with the crowd, as well. I think is fair to say, the audiences here have loved you and really gotten into you and from the feedback I’ve been getting, I think they are really going to stick with you.

BC: That would really be cool. You know, we’d love any excuse to come back over, really.

MJ: We’re going to leave you fellas to it, to unwind a little bit. Thanks ever so much for chatting with us, Brandon, on The Classic Rock Show. Good luck with that and the rest of the tour. We’ll look forward to seeing you a little later on in the year.

BC: Thanks, we appreciate it.

Later that evening, Crobot went on to entertain the Norwich crowd with a thoroughly engaging set.