I’ve been afforded some fabulous opportunities over the years, meeting members of bands that I grew up with, chatting to them about their lives ‘back in the day’ and what they’re up to nowadays. This was one of those opportunities which I’ll treasure forever.

John McCoy is a bass player, record producer and former member of bands such as Zzebra, Samson, Gillan, Mammoth and GMT to name but a few.

I met up with John McCoy recently over a pint of ale. Here’s ‘Part 1’ of the interview with John I recorded in a quiet little pub in Norfolk. John speaks of learning his trade with a variety of instruments through to his time with bands such as Zzebra, Samson and with Gillan, a hugely popular band which came to prominence during the NWOBHM era. He delivers an appraisal of his time with the band, the highs and the lows, describing just what it was like being at the centre of a band, leading up towards it’s untimely and rather abrupt end.

I hope you’ll find this an enjoyable listen.
MJ 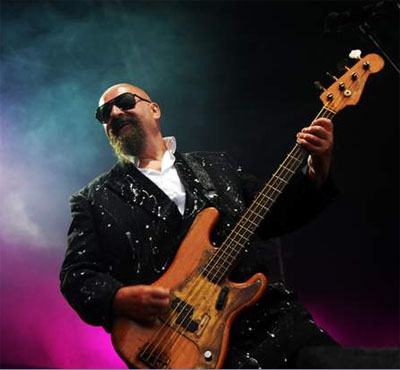