The incendiary band’s first new music in over six years, the fiercely anticipated, ‘5; The Gray Chapter’ is set for release on 20th October. 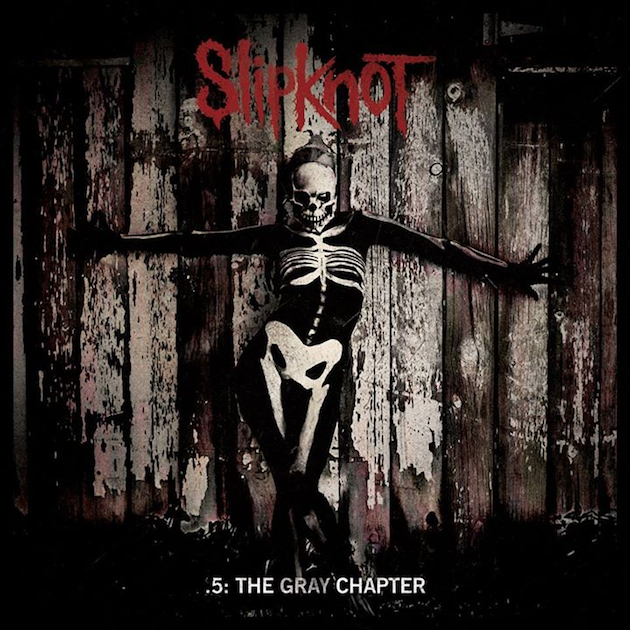 The Classic Rock Show is pleased as punch to bring you Mr Corey Taylor! In this interview, you’ll hear him talk about the new masks, the writing process without Paul and Joey, the new stage show, new music, THAT tour with Korn in the new year.. basically everything that you want and need to know about the new Slipknot album!
Check it Out!!
The band’s lead single from the opus, ‘The Devil In I’ has just been added to the Radio 1 Playlist and Slipknot‘s gradual creep on world domination has begun once more.  Their visually arresting, chaotic, spectacular shows often become the stuff of legend, so with all new masks and production, these events are essential!  Check out the band’s new look in their chilling video for ‘The Devil In I’:
The multi-platinum, Grammy-Award-winning, masked beast that is SLIPKNOT is set to make a long awaited return to UK arenas in January 2015 with their ‘Prepare For Hell’ tour.
Slipknot’s frontman Corey Taylor muses; “The UK has always been very special for us.  In a lot of ways, it’s where this insanity began.  So, for this tour, we decided to try and hit as many places as we could – not only England, but Scotland and Wales as well.  Technically Ireland is Europe, but we’re going there too.  We’re coming back for the people who started this for us: that would be YOU.  Prepare yourselves… Hell is coming.”
Dates stack up as follows:
Wed 14th Jan – DUBLIN – 3Arena, Fri 16th Jan – SHEFFIELD – Motorpoint Arena, Sun 18th Jan – GLASGOW – SSE Hydro, Mon 19th Jan – NEWCASTLE – Metro Radio Arena, Tue 20th Jan – MANCHESTER – Arena, Thu 22nd Jan – LIVERPOOL – Echo Arena, Fri 23rd Jan – LONDON – Wembley SSE Arena, Sat 24th Jan – CARDIFF – Motorpoint Arena, Mon 26th Jan – NOTTINGHAM – Capital FM Arena, Tue 27th Jan – BIRMINGHAM – Barclaycard Arena
Special guests on the tour are SLIPKNOT‘s longtime friends and musical brothers, KORN. An opening band will be confirmed in due course.
Thanks for listening!
Website: www.TheClassicRockShow.co.uk
Twitter: www.twitter.com/ClassicRockShow @ClassicRockShow
Facebook Group: www.facebook.com/groups/theclassicrockshow